Spotlight on… Racism and the Law 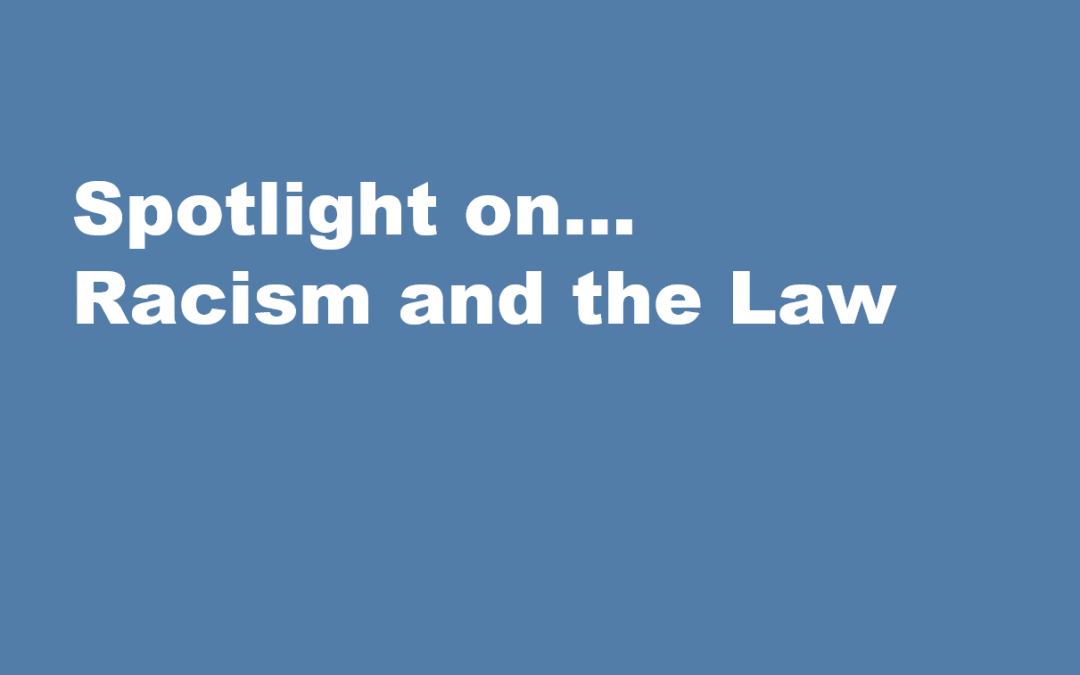 There’s no escaping the headlines surrounding racism, from; racist chants on and off the football pitch, to the BBC sacking Danny Baker for tweeting a picture of a couple with a chimp following the birth of the Duke and Duchess of Sussex’s baby.

On the back of this, a recent survey, by Opinium, has shown racism is on the rise since Brexit vote, and ethnic minorities in Britain are facing rising levels of discrimination and abuse both on and offline.

The survey reported 71% percent of people from ethnic minorities now report having faced racial discrimination, compared with 58% in January 2016, before the EU vote.

It also found that at the end of 2016, 37% of people saw racism on social media on a day-to-day basis, but that has now risen to 50%, and is even higher for younger minority ethnic people aged 18 to 34. Online racism has more than doubled since before the referendum, to 51%, and there were rises of about 50% in the number or people reporting hearing people ranting or making negative comments about immigration or making racist comments made to sound like jokes.

The impact of racism is profoundly devastating for a lot people and can lead to isolation and depression.

The UK Law on Racism

As an apprentice you are more than likely to cover this subject in your qualification but here is a reminder of discrimination and some examples of what racial discrimination looks like.

Under the Equality Act 2010 there is protection for individuals from being discriminated against in employment on the grounds of:

Employers must not discriminate because of any of these protected characteristics.

The Act however does not distinguish between whether racist practices were done on purpose or not – its main concern is only with the fact that racial discrimination has occurred.

There are four main types of discrimination under the Equality Act:

This is deliberate and may be obvious. An example might be someone of Asian ethnicity is interviewed and meets all of the job requirements but following an interview the employer tells them “you wouldn’t fit in here”. A white person with similar skills and experience is hired instead.

Indirect race discrimination happens when a rule or policy set by an employer places people from certain racial, ethnic or national groups at a disadvantage.

Racial harassment is not limited to others making insulting remarks or behaviour. It can include any unwanted conduct related to an employee’s race, especially when it violates their dignity or creates an offensive environment.

An example might be a Muslim working in who’s manager continually comments on their appearance and questions them about Islamic customs. As time goes by they begin to find their workplace hostile and intimidating.

A good example of victimisation would be a British person of Asian ethnicity is taking their case to employment tribunal after being racially abused by colleagues. In the run up to the hearing many more of their colleagues stop talking to them and the manager puts them on probation. This is a form of direct racial discrimination protected by the Equality Act. Although the victimisation seems to be a direct response to the tribunal claim, it is also an attack on the right for the person to defend themselves from racial harassment.

*Read more about the Opinium survey, reported in The Guardian here.

Check out NTW’s page on Equality and Diversity on their website.

If you want to know more about organisations ongoing work to combat and eliminate racism, take a look at these websites: