What do you know about Casual Racism? 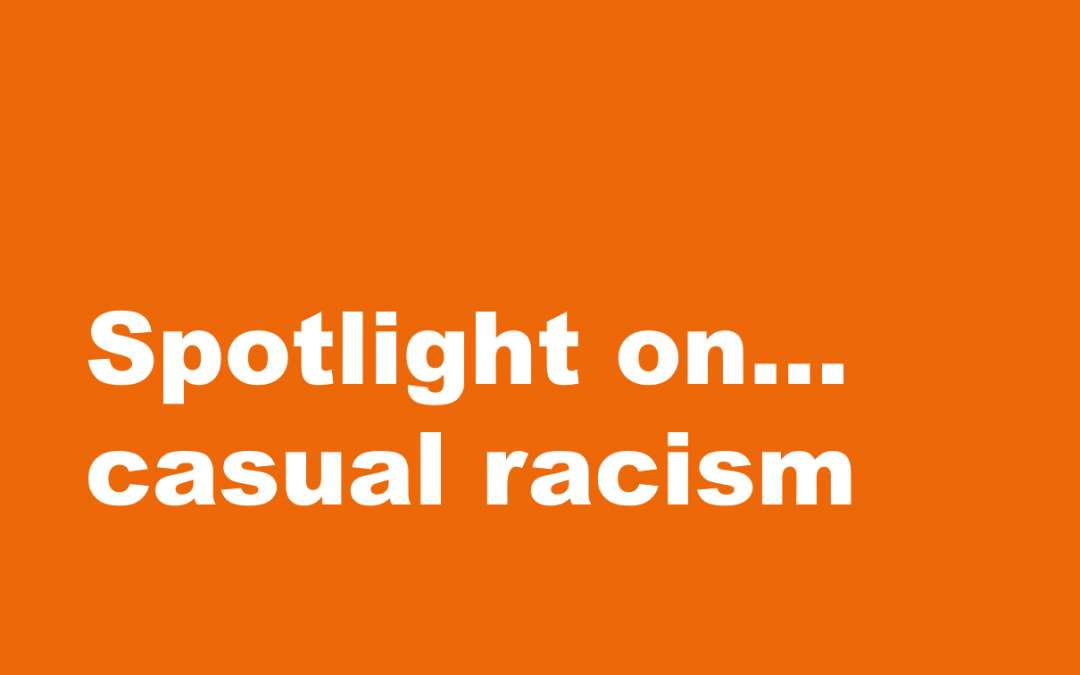 What is Casual Racism?

Firstly, there is nothing casual about racism. One of many forms of racism is casual racism and it refers to behaviour involving negative stereotypes or prejudices about people based on race, colour or ethnicity. While some focus on these more obvious experiences of racism, racism occurs every day in both blatant and subtle forms.

Everyday racism is so commonplace that it’s often normalised and infused into daily conversations through jokes, off handed comments and stereotypes or through unconscious body gestures and expressions.

Unlike overt and intentional acts of racism, casual racism isn’t often intended to cause offence or harm. There is a real danger that this allows casual racism to be “downplayed” and not “real” racism.

How racism can affect our health

Racism is as much about impact as it is about intention. For those who are on the receiving end of racism it can have catastrophic effects including limiting access to employment, health services and education. Racism has been linked to mental and physical health problems including depression, anxiety, low self-esteem and high blood pressure.

Racism can also exclude people from wider society. They feel unwelcome and it reinforces social barriers and impacts on the dignity of the victim as an equal member of society. It can lead to loneliness and despair.

Could you spot the signs of racist comments or behaviours?

Do any of these sentences sound like racism to you?

What should you do if you encounter casual racism in the workplace?

Whilwe no one expects they put themselves into difficult and dangerous situations everyone could and should contribute to changing attitudes and speaking up against racism when they can.

If you were at work and heard/saw casual racism, you could take the person to one side and ask what they meant by the comment they made or action they took. Genuinely some people still are unaware they are being racist.

If you feel you can’t approach the person you can certainly report this to your superiors.

You can also show your support to the person who has been the target of abuse by comforting them. This also sends out a personal message to the resist that it is unacceptable behaviour. You can support them to report the abuse themselves. Let them know they can complain and how they can do this. It demonstrates that any form of racism is socially unacceptable.

We all have a responsibility to contribute to a friendlier world.